The Shakers flourished during the 19th century producing some of the most popular American antique furniture to date. They first appeared in New York, 1774 as a small group of English emigrants. The movement that had them known diversely as the Shaking Quakers, a result of the trances and fanatical dancing within their religious services.
Self proclaimed ‘Believers’ they preached that, “The path to salvation lay in hard work, abstention from worldly pleasures and constant prayer ”.To join the Shaker community husbands had to part from wives and children had to live separately from parents. An outcome of the practice of celibacy, the co-operative lifestyle and the property that was equally owned within the community. The tradition of hard work and refraining from worldly pleasures, eventually led to an outrageous efficiency and quality of work in most methods of production – especially in furniture.
Designs often followed contemporary federalist traits. They used basic ideals of proportionate symmetry and balance to create brutally simple pieces.
“Plain and simple…unembellished by any superfluities which add nothing to its goodness or durability” (Mother Ann Lee, 1999: 16).
The features that soon became the basis of Shaker design where as follows The use of economical woods, such as pine, hickory, maple are poplar.
Construction often made up of time tested methods such as dovetails and a simple frame and panelled structure. Astounding ingenuity, features include legs that unscrew, racks and shelves that hang off pegs and more often than not the objects would be easily transported, light weight and compact.
Objects where always stained dark red or green, generally colours that prove difficult to show dirt.
When all elements are considered the use of Shaker in an interior space is simply to reflect, efficiency, practicality and resourcefulness – the result being that everything is purposeful, a strictly initiative design. The use of Shaker on an interior is most commonly used today in kitchens and bathrooms. 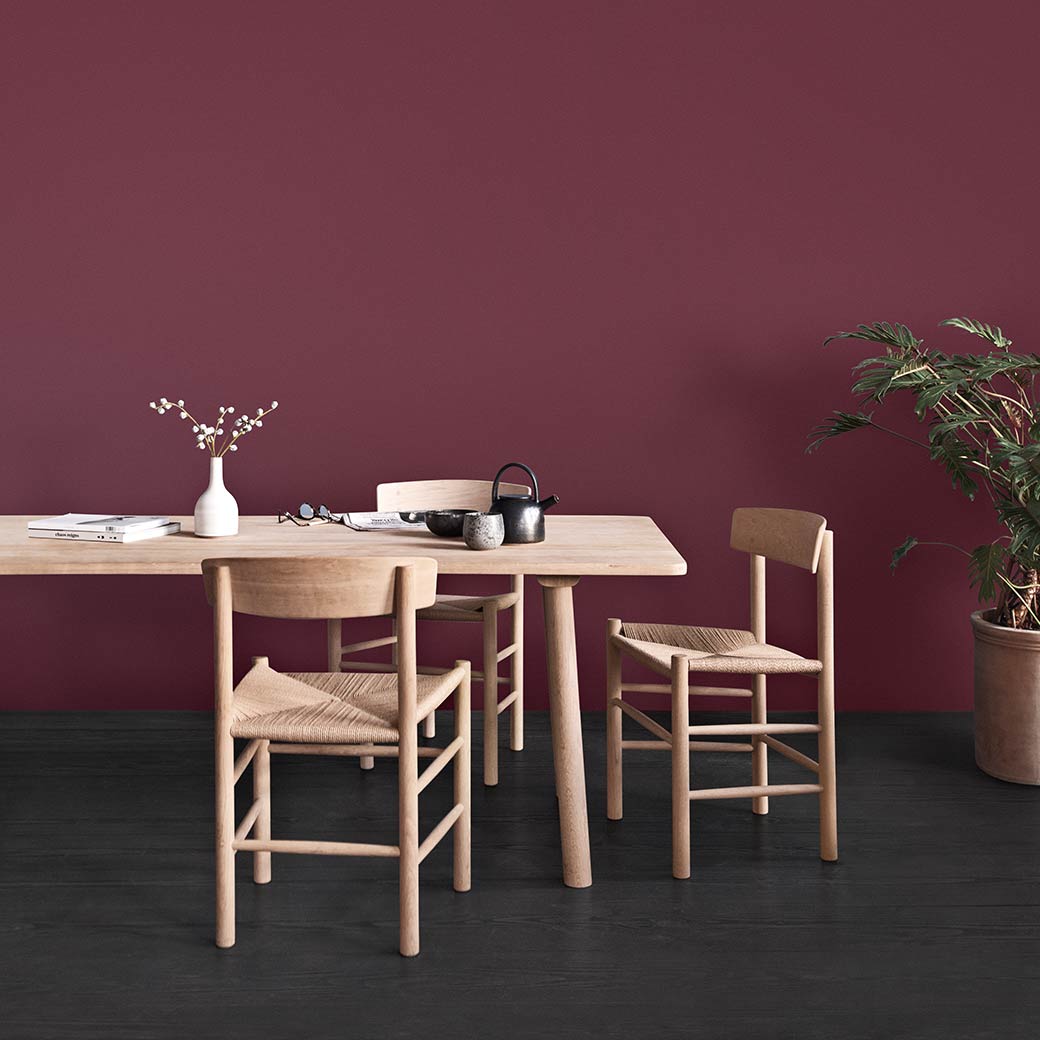